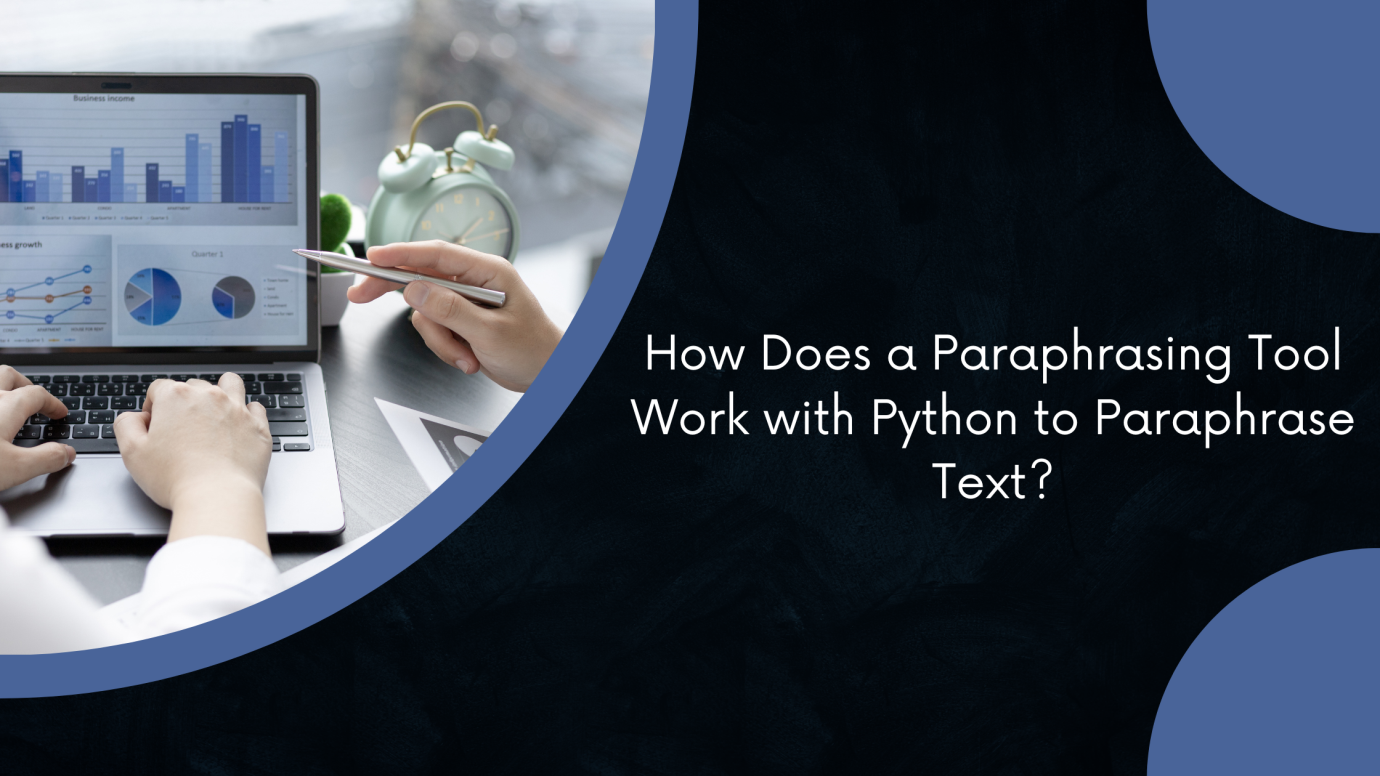 What are paraphrasers and what is Python? For sure most of you already know the answer to either one or both of those questions, but for those who don’t, we will go over the definitions briefly.

Paraphrasing is the discipline of rewriting text using different words and phrases without changing its meaning. The result is a passage that conveys the same message, but its components and sentence structure are completely different than the original one. Using synonyms to replace words in the text is the most basic paraphrasing technique.

Python is an object-oriented programming language (OOP) that has a relatively simple syntax. It is an extremely powerful language and it has found a lot of use in the artificial intelligence sector. It is a general-purpose language, meaning it can be used for a variety of things instead of specializing in only one thing.

It is commonly used in creating applications, websites, and scripting to automate tasks.

How does a Paraphrasing Tool Work with Python to Paraphrase Text?

Paraphrasing tools are online tools that work on web pages, users do not have to download or install them. This accessibility where the tools can be used anytime, anywhere without any hassle is a popular selling point.

Such tools use Python in their back end for various purposes. Paraphrasers use artificial intelligence where the software can read the text, understand its context, and rewrite it. Since Python is a good language for making AI software, it is commonly used for paraphrasers as well. Now we will look at some ways in which paraphrasers work with Python to rephrase the text.

Python is very popular when it comes to making artificial intelligence projects. There is a ton of documentation available as well as open-source code that users can experiment and study with.

This means there are many libraries available for free, this makes the jobs of developers much easier as they do not have to program anything from scratch. In programming, having a starting point is very valuable as it can save a lot of time and effort.

Paraphrasing tools have python programming working in the backend to paraphrase text using the power afforded by these libraries.

In artificial intelligence, there is an advanced application called Machine learning. This is the discipline of making computers be able to learn things and apply that knowledge on their own.

This is frequently used in the analysis of data to find patterns that humans simply cannot process due to the sheer amount of data. Other applications of machine learning also include NLP (Natural Language Processing).

NLP allows computers to understand human languages just like how humans do. Nowadays there are many models available for free. Previously it was an impossible task to use machine learning on personal computers due to the outlandish amount of processing power and time required. Now, this can be done on powerful servers.

But even better than that is a technique where pre-trained models such as GPT-3 are used as is and no further learning or processing is necessary.

Pre-trained models take a huge load off of processors, since Python has a healthy amount of such models it is one of the primary choices to use for paraphrasing.

Such powerful pre-trained models run in the backend of a paraphrasing tool to actually paraphrase the text. The front end of the paraphraser takes the text and then forwards it to the server, where the Python program takes over and rewrites the text. Then it is sent back to the front end and displayed as an output to the user.

And this is how paraphrasing tools work with Python to rewrite the text in various ways. Obviously, not all libraries and models are the same, each has a different method of paraphrasing, which only results in more variety in the tools.

Below we will be looking at some paraphrasers that use Python to paraphrase text.

Rephrase.info is a free online paraphrasing tool. It is quite accessible to everyone with an internet connection because it has requirements for registration or providing credit card info.

It comes with three modes of paraphrasing which we know means that it uses multiple models for rewriting. The modes are called:

Standard mode simply replaces words with their synonyms and calls it a day. Fluency mode on the other hand rewrites the text while emphasizing readability.

Linguix is another paraphraser that utilizes Python to rewrite the text. However, unlike Rephrase.info it does not provide multiple modes. What it does provide are multiple variations of each sentence.

This means that it also uses multiple methods to rewrite the text, so it gets different variations of the same sentence. It is also a free tool and does not require any payment. However, to make the most of its excellent features, users have to create a free account that unlocks said features.

Paraphrasing tools use Python in their backend where it performs the real rewriting procedure which is invisible to the users of the tools.

Python is great for paraphrasing since it has many NLP libraries that allow the creation of programs that understand real human language and its context.

With the power of pre-trained models found in these NLP libraries, processing time and rewriting time is drastically cut down and paraphrasing can be done in seconds.

Lastly, two examples of paraphrasing tools that use Python are given as well. Both tools in question are free and provide multiple outputs of the same text.

Spark and Python for Big Data with PySpark...